0
SHARES
7
VIEWS
Share on FacebookShare on TwitterShare on WhatsApp

4
When America’s Got Talent returns Tuesday, May 26, it’ll be business as usual for the talent competition hosted by Terry Crews. Judges Howie Mandel and Simon Cowell are back alongside returning judge Heidi Klum and newcomer to the series Sofia Vergara. The premiere and early weeks of auditions were filmed before the coronavirus pandemic hit and caused productions around the country to shut down.

“I got to say, this is the best, most amazing, weirdest season yet,” Mandel said on The Ellen DeGeneres Show. “First of all, what you’ll see tonight is you’ll see the good, fun-loving AGT that you know and love and expect.” 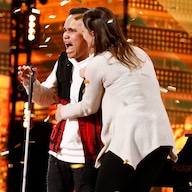 Mandel told host Ellen DeGeneres that the acts are bigger and better and the performer he gives his Golden Buzzer to is “like something you’ve never seen on our show before, on our stage.”

The majority of the season 15 auditions were filmed with an audience, but due to health concerns the show transitioned to a studio audience-free setup. “It was weird at first, but then it was amazing,” Mandel teased, noting the judges could focus on the contestants without the clamor of the audience.

Almost all bets are off: Casino capitals Macau, Las Vegas slammed by virus