0
SHARES
4
VIEWS
Share on FacebookShare on TwitterShare on WhatsApp

When British Prime Minister Boris Johnson was fighting for his life last month, his chief adviser Dominic Cummings was dealing with his own Covid-related battle.

Now the circumstances of Cummings’ case, and in particular how and where he chose to deal with it, pose a challenge to the health of the British government and may even threaten the UK’s capacity to swiftly fight off the virus. 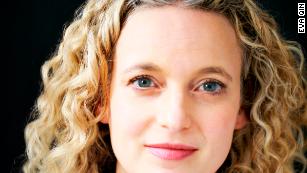 Rosa Prince
Johnson has proved staunch in his defense of his close ally since the latter was accused of breaking the UK’s strict lockdown by driving 260 miles with his wife, who he admits was displaying some symptoms of coronavirus, and young son to be near his extended family. He suggested the adviser followed “the instincts of every father…” in seeking help with child care in the event the couple became too ill to care for their son.
In quarantine-fatigued Britain, however, where many have agonized over the command to stay away from frightened, sick and dying relatives, the Prime Minister’s words have not gone down well. Highly unusually, several of his own Conservative MPs are now calling for Cummings to be sacked, and even the government-friendly Daily Mail asked: “What Planet Are They On?” of his decision to stand by his man. 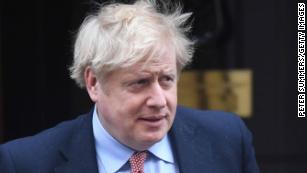 Boris Johnson learns no one is immune to Covid-19
In a sign of the strength of feeling, more than a dozen Church of England bishops have condemned both Johnson and his adviser. One, Nick Baines, the Bishop of Leeds, asked on Twitter: “[D]o we accept being lied to, patronised and treated by a PM as mugs?” — implying he took a dim view of the Prime Minister’s claim that Mr. Cummings had not broken the letter or spirit of the quarantine laws through his actions.
close dialog
In one of the more moving responses, Helen Goodman, until December the Labour Party MP for Durham, the northern town Cummings visited to stay in a property belonging to his parents, said she was “appalled” by his behavior, given her own father had died alone from Covid-19 in a local care home after she obeyed the rules and did not visit.
In an unprecedented event in a political arena where unelected advisers usually remain behind the scenes, Mr. Cummings held a press conference Monday in the Downing Street garden in which he sought to explain his actions. Saying he had no regrets, he added: “I believe in all circumstances I behaved reasonably and legally. The legal rules do not inevitably cover all circumstances – including those I found myself in.” Also on Monday, Johnson expressed “regret” for the “confusion, anger and pain” experienced by the British people as a result of the controversy; when pressed on whether he believes Cummings’ decision has compromised the government’s coronavirus message, Johnson doubled down on his support for Cummings, asserting, “I do not believe that anybody at Number 10 has done anything to undermine our message.” 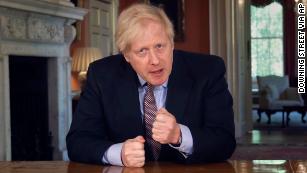 Boris Johnson eases some coronavirus restrictions 02:06
Cummings’ transgression was not so much the potential breach of the rule barring non-essential travel, which he rejected, insisting: “The regulations made clear, I believe, that risks to the health of a small child were an exceptional situation.” Instead, it is the suggestion, particularly toxic in the UK context, of there being one rule for the ruled and another for those who make the rules — which is proving acutely problematic for the government.
To talk of the British sense of fair play is almost a cliché. But there is certainly a particular sensitivity among Britons to suggestions of hypocrisy which have thus far thwarted Cummings’ attempts to brush off criticism of his excursion, and which contrast with, say, the relative lack of fuss in the US over the revelation that Ivanka Trump, President Donald Trump’s daughter, traveled from Washington DC to New Jersey to celebrate Passover last month.
Two high profile figures in the UK government’s fight against coronavirus have already fallen foul of the unwritten law of British politics which holds that any misbehavior capable of engendering the grumble “it’s one rule for them; another for the rest of us” is a resigning offense. 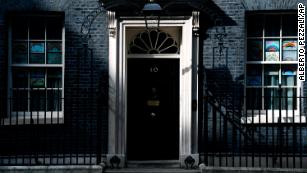 Lancet editor: ‘UK was late to lockdown’ 13:32
At the start of the lockdown, Dr. Catherine Calderwood, Scotland’s Chief Medical Officer, fell on her sword after admitting two overnight visits at her seaside holiday cottage, having fronted the campaign urging Scots to stay home. Though Calderwood apologized for her actions and initially said she planned to stay on in her post, she later released a statement that she had quit and acknowledging that the “justifiable focus” on her actions could pose a distraction to the response to the pandemic.
Three weeks ago, Professor Neil Ferguson, a leading epidemiologist whose advice led to the British government’s decision to introduce a lockdown, quit his role as an adviser when it emerged he had allowed a woman to visit him at home, again in breach of the quarantine rules.
Valued as both Calderwood and Ferguson were by the government in their respective roles, the loss of Cummings would be of a different scale for Johnson himself. For a man known for his gregarious nature, the British Prime Minister has few close political friends; his inexperienced cabinet was appointed as much for their loyalty and support for his key policy of leading the UK out of the European Union as any long-term affinity with Johnson. 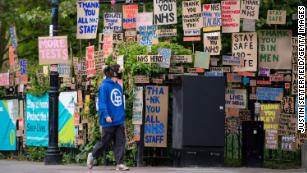 Where did it go wrong for the UK on coronavirus?
Cummings is another matter. A controversial figure who relishes his role as an outsider, he also has a common touch when it comes to distilling a message with a brilliance complemented by Johnson’s own flair for capturing the national mood. So while it was Johnson, then-Mayor of London, who in 2016 sensed an appetite for leaving the EU which his more senior colleagues missed, it was Cummings, head of the Vote Leave Campaign, who boiled it down to the simple and devastatingly effective slogan of “Take Back Control.” (In a 2019 TV movie about the Brexit referendum, Cummings was played by actor Benedict Cumberbatch.)
As senior adviser since summer 2019 when Johnson became Prime Minister, the notoriously prickly Cummings has rubbed many Downing Street denizens the wrong way. But when coronavirus hit, it was he who crafted the message, “Stay Home, Protect the NHS, Save Lives,” which has come to define Britain’s battle against the virus and the protective shield the country threw around its beloved health service. 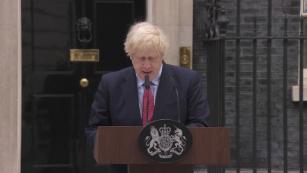 UK PM: Lifting lockdown early would ‘risk a second major outbreak’ 04:53
While many have expressed surprise Cummings has not quit over the scandal, there is in his Downing Street a Trumpian antipathy towards the media, which he appears to blame for the row, at one point berating journalists who gathered outside his door: “It’s not about what you lot think.” For his part, Johnson has said he will not “throw [Cummings] to the dogs.”
Regardless of the position of the media here (who seem to be more united than usual in their assessment that Cummings must go), the story is not going away, and the evidence suggests it is hurting both the government’s reputation and, potentially, its effectiveness.
The hitherto wildly popular Johnson’s favorability ratings have begun to slip while a recent poll by YouGov found 49% disapproved of the Prime Minister’s path out of lockdown compared to 36% who supported it.
The former Chief Constable of Durham Police, Mike Barton, has warned that Cummings’ behavior, and the Prime Minister’s defense of it, will make attempts to enforce the lockdown impossible, potentially endangering the slow but steady progress the UK has made in reducing the spread of the virus.
Get our free weekly newsletter

Conservative lawmakers such as the veterans Steve Baker and Roger Gale who have called for Cummings to be sacked are painfully aware that if their party is to emerge from the pandemic in a position of strength, there can be no further undermining of the “all in this together” spirit which held in the early days of the outbreak.
The consequences could be even more serious if a mass loss of faith in both the Johnson government and his lockdown results in the public breaking the rules just at the moment the Prime Minister is urging them to stand firm.
Previous Post

Why is Russia's Covid-19 mortality rate so low?