So, Tatler magazine just released a bombshell cover story about Kate Middleton, wherein they spoke to a number of the Duchess’ “friends” who spilled some pretty !!! tea. Not only did sources say Kate is upset about her workload, they claimed she’s “exhausted” due to her increased duties, and even dished on her alleged “row” with Meghan Markle at the royal wedding. And it looks like Kensington Palace isn’t here for it.

The palace rarely responds to newspaper or magazine reports, but they released a rare statement saying “This story contains a swathe of inaccuracies & false misrepresentations which were not put to Kensington Palace prior to publication.”

Kensington Palace makes unusual step of putting out statement to slap down some claims made about the Duchess of Cambridge in @Tatlermagazine:
“This story contains a swathe of inaccuracies & false misrepresentations which were not put to Kensington Palace prior to publication.”

The Tatler article makes claims about Kate, her workload since Harry & Meghan left. a friend is reported as saying she is working as hard as a top CEO, another source is quoting saying Kate has a ‘ruthless survival streak’.
Kensignton Palace clearly very unhappy… 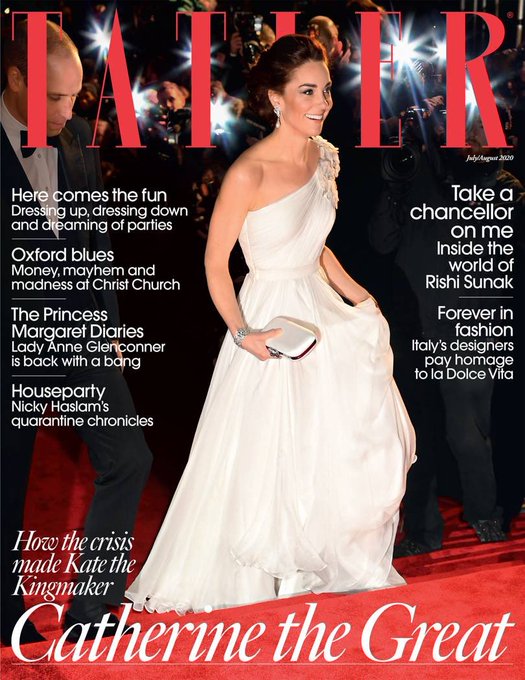 31 people are talking about this

Meanwhile, a Tatler spokesperson tells Entertainment Tonight, “Tatler‘s Editor-in-Chief Richard Dennen stands behind the reporting of Anna Pasternak and her sources. Kensington Palace knew we were running the ‘Catherine the Great’ cover months ago and we asked them to work together on it. The fact they are denying they ever knew is categorically false.”

Again, sources told Tatler that “William and Catherine really wanted to be hands-on parents and the Sussexes have effectively thrown their three children under a bus,” adding that the Duchess “is furious about the larger workload.”

“Of course she’s smiling and dressing appropriately but she doesn’t want this,” one source said. “She feels exhausted and trapped. She’s working as hard as a top CEO, who has to be wheeled out all the time, without the benefits of boundaries and plenty of holidays.”

When it comes to Meghan and Kate’s alleged feud, the source claimed “There was an incident at the wedding rehearsal. It was a hot day and apparently there was a row over whether the bridesmaids should wear tights or not. Kate, following protocol, felt that they should. Meghan didn’t want them to.”