0
SHARES
6
VIEWS
Share on FacebookShare on TwitterShare on WhatsApp

Megan Fox was just spotted out in public for the first time since news of her split from Brian Austin Green broke.

The 34-year-old actress was photographed grabbing coffee and running errands on Wednesday. The Transformers star kept her look cute and casual by rocking a black T-shirt and leopard-print pants. She accessorized her look with a cool pair of aviator sunglasses, a black purse and some slippers. In addition, she had a mask amid the global coronavirus pandemic.

Green announced the two are going their separate ways during an episode of his podcast …With Brian Austin Green last week. The 46-year-old actor told listeners Fox had gone on a five-week work trip last fall. During her time away, the Beverly Hills, 90210 alum had a dream that the couple became “distant” upon her return. Green texted Fox, and she assured him everything was fine. But once she got back, Green felt like they were behaving like they had in the dream. So, he expressed his concerns to Fox and she suggested they talk.

“She said, ‘You know what? I realized while I was out of the country working alone that I feel more like myself and I liked myself better during that experience. And I think that might be something worth trying for me,'” Green said. “And I was shocked, and I was upset about it. But I can’t be upset at her. And I wasn’t upset at her because…she didn’t ask to feel that way. It wasn’t a choice she made. That’s the way she honestly felt.” 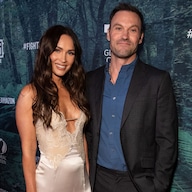 The two decided to “take some space.” Soon, word spread that they were living apart. Green said “things just didn’t really change from there.” Still, he made it clear “neither one of us did anything to each other.” 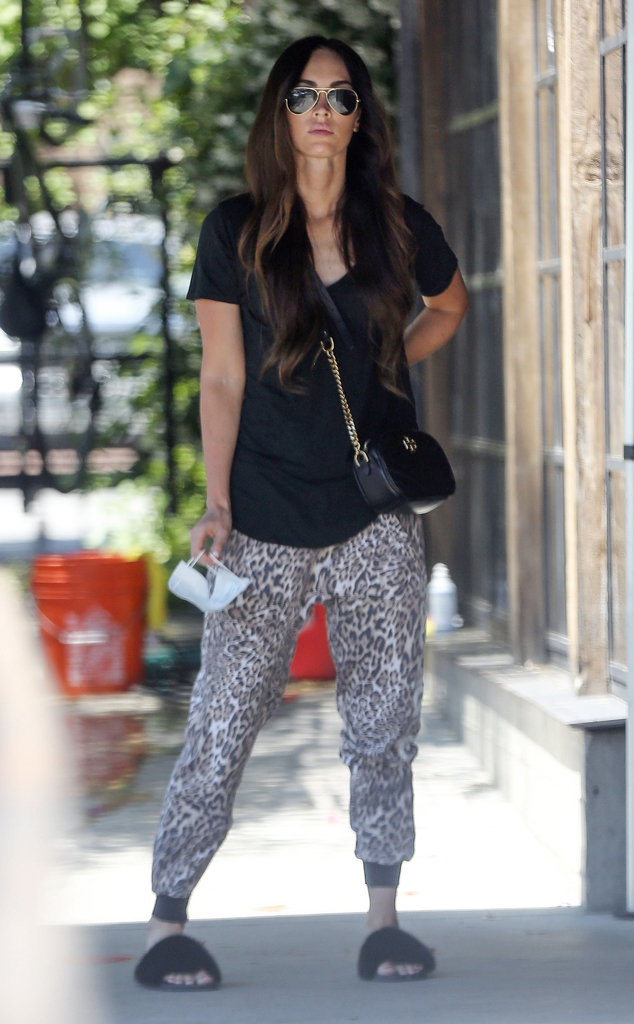 “She’s always been honest with me. I’ve always been honest with her. We’ve had an amazing relationship. I will always love her, and I know she’ll always love me. I know that, like, as far as a family, like, what we’ve built, it’s really cool and it’s really special,” Green, who shares three children with Fox, continued. “So, we decided, ‘Let’s make sure we don’t lose that. Let’s make sure that, no matter what, we’re always friends with each other and we’re a united front with the kids. And we’ll still do family vacations and we’ll do holidays as a family and really make that a focus for the kids.'”

Green also addressed reports about Fox and Machine Gun Kelly. The two appear in the film Midnight in the Switchgrass and have been spotted hanging out together. Fox also appeared in one of the rapper’s music videos. However, Green told listeners they are “good friends at this point.”

This isn’t’ the first time Fox and Green, who wed in 2010, have split. In fact, they’ve broken up a few times over the course of their relationship, including in 2015 when Fox filed for divorce. However, she later filed to dismiss the divorce proceedings.

To look back at the series of ups and downs throughout their relationship, click here.

If You Like to Play, this City-Building Game is a Must-Have. No Install.Forge of Empires – Free Online Game

Learning a new language? – This app gets you speaking in just 3 weeksBabbel

Learning a new language? – This app gets you speaking in just 3 weeksBabbel|

Even Non- Gamers Are Obsessed With This RPG Game (It’s Worth Installing!)Raid: Shadow Legends | Free Download|

This App Gets Millennials Speaking A Language In 3 WeeksBabbel|

If you’re over 50 – this game is a must! – No InstallVikings: Free Online Game|

These 5 VPNs Allow You To Unblock Streaming ServicesTheTopFiveVPN|

Are you Ready to Conquer Ancient Greece in this Strategy Game?Grepolis – Free Online Game|

25 Celebs You Didn’t Realize Are Gay – No. 8 Will Shock WomenCar Novels|

We’re Giving Gift Cards For Feedback. Be An E! Influencer!

Duterte: No opening of classes without vaccine vs. COVID-19